NAKED LADIES AND VELVET-- INSPIRATION FOR A CUSTOM VAN

I happened upon the story of a once-obscure depression-era sign painter who rolled the dice, moved to B.F.E. (The French Polynesia), and became a master in the art of drinking, hanging out in paradise, and painting naked girls on black velvet. His name was Edgar Leeteg, and from what I've gathered, he was a legendary raconteur, boozehound and skirt-chaser. A man who escaped an economically ravaged America in search of opportunity and found it in the form a beautiful island, gorgeous women, and enough tourists to keep him swimming in rum by painting portraits of scantily clad native women on black velvet. Damn good work if you can get it.

Leeteg was a sign painter and a journeyman before discovering his penchant for velvet painting. He left America with a handful of paint brushes, the shirt on his back and some paint he liberated from a prior employer and became a legend. He was the kind of hard-living guy you'd expect to see stumble out of a Hemingway novel. What he left behind was more than a taste for the wilder side of life. Leeteg's paintings captured the imagination of an entire generation and have since become highly collectible. By the end of his life in Tahiti, Edgar Leeteg had forged a reputation as the father of the American Velvet Painting, built a compound on Moorea and sold painting for as much as $15,000 a piece by the end of his life.

After reading more about Leeteg, it dawned on me that a man who'd singlehandedly given the world so much beauty deserved to be immortalized alongside contemporaries like Sailor Jerry and Ernest Hemingway.  It's with that in mind that I proudly present the concept for Pandora, a rolling tribute to Polynesia, to its black velvet master, and to the joy that awaits anyone willing to hit the road and chase a dream.

Which brings me to the subject of this blog. A first-generation Econoline van with a journeyman's past, having functioned as a garden supply vehicle the first few decades of its life. A van that much like Leeteg himself, just needed the right inspiration in order to become something remarkable.

And now that I've found the inspiration, the rest is just a matter of executing to plan. Without any further adieu, I present Pandora, aka the Vinvanco swag van, aka Tahiti Sweetie. For the sake of discussion, I'll break the build of Pandora down into digestible chunks. 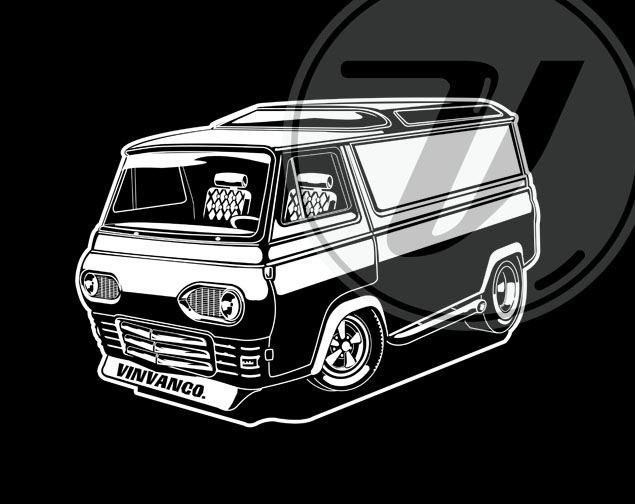 
WHAT IT WON’T HAVE: 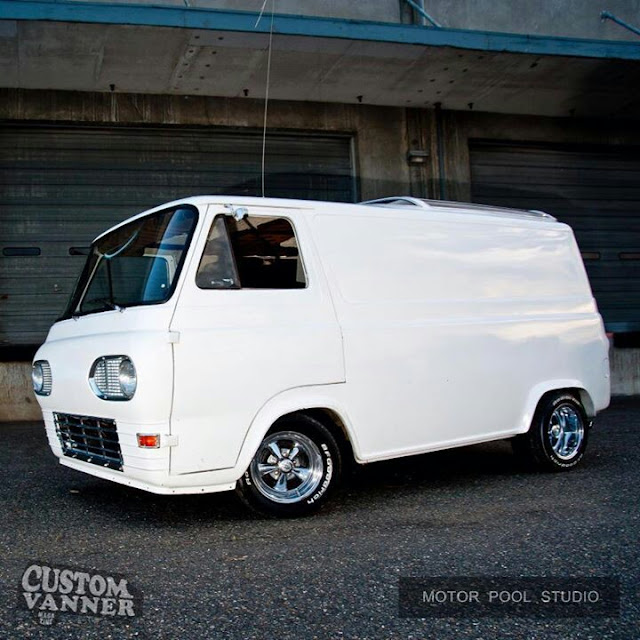 There is a simplicity to this van’s exterior that I really dig. Although it has mild mods -- shaved door handles, rear flares and a Vista Cruiser roof -- it manages to feel tasteful and understated. It isn't radically lowered and the mods all look period correct. This is what I want for Pandora. I won't shave the door handles on Pandora but may delete the bumpers. Or create a more aesthetically pleasing solution to the stock bumpers, such as minimizing and tucking them in or making tasty nerf-style bumpers. Or a cleaner option. I'd like to have a custom front grill treatment, similar but not the same as the one Steve Luckett created for his beautiful early Econoline, which was featured a few months back in this blog. 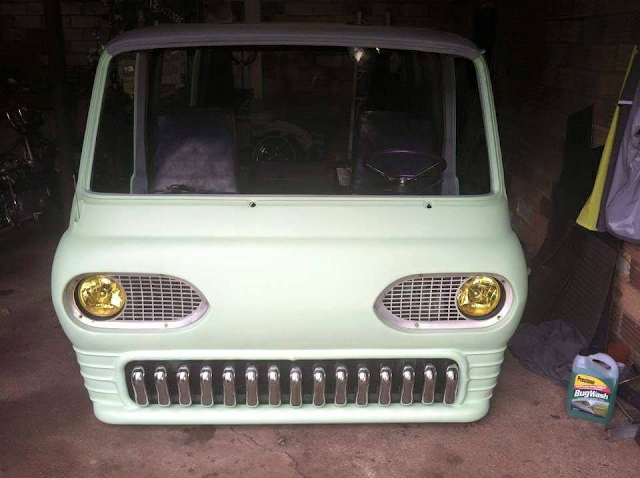 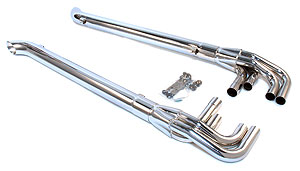 Adding Thorley-style side pipes is another mod I'm interested in to make Pandora look significantly lower without actually being lower, a tip Coby passed along when we interviewed him about his spectacular VanGo. E-Dog did so to great effect when he built the van below, which now resides in Germany. 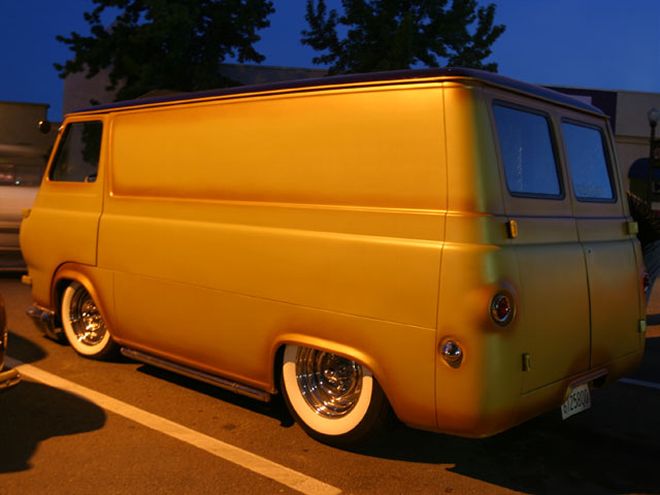 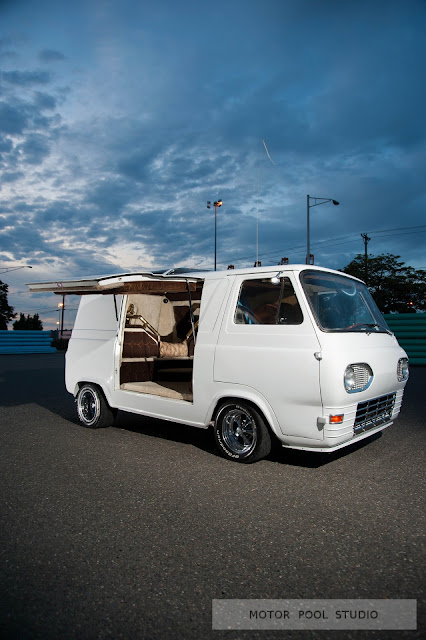 I’d also like to install a Vista Cruiser roof like the one on Rodney's van below, budget permitting. And while we're on the subject of Rodney's van, I've purchased a gull wing side cargo door for Pandora.

I don’t want the interior to feel overly woody. It needs to be comfortable and tasteful in execution. By combining Sisal flooring, velour and pearl vinyl seating, bamboo and bark cloth, I hope to create the perfect environment in which to show off an example of Leeteg's Polynesian Black Velvet Art. The shot below shows a little of the type of vibe I'd like to capture, albeit with less wood. 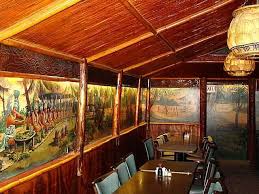 In terms of the interior seating and the rear of the van, I’d like to crate an “L”-shaped couch/bed unit with storage beneath and behind it. Something that ties into the look but is super functional for vending, carrying merchandise for our three businesses, Hotrodshiftknob, Houseospeed and Vinvanco, or for seating passengers or just chilling. 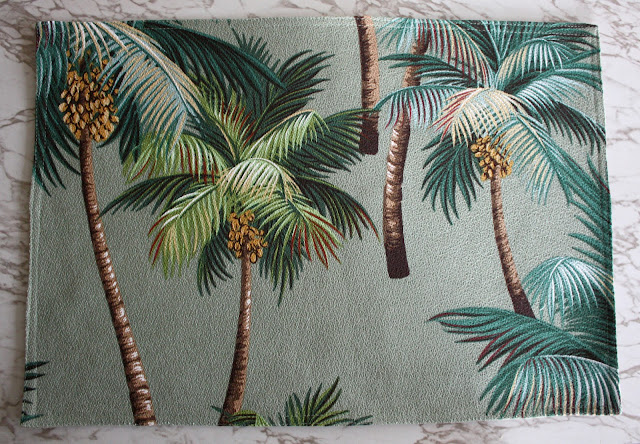 I'll use bark cloth drapes for the rear windows and for upholstery on the inner front door panels. I feel that this would look great and be a nice compliment to the simple and clean exterior treatment we talked about above. Keeping with a Polynesian theme, I'll add a multi speaker MP3 audio system and dramatic lighting, and of course, a Leeteg black velvet painting as the focal point. 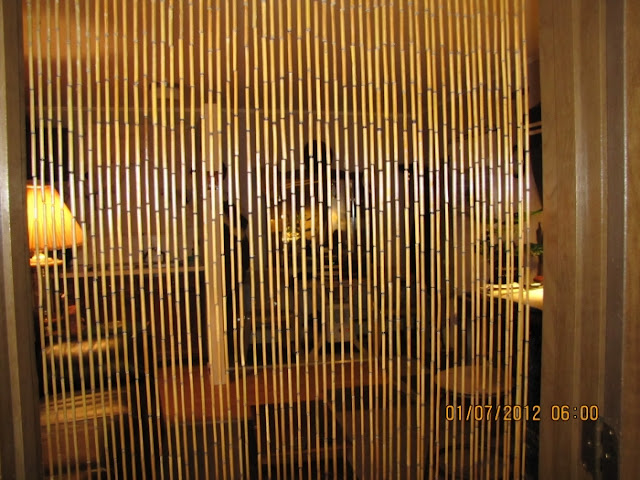 Beaded bamboo privacy curtains between the front and rear of the van would add a little privacy. I’m thinking about banana matting for the headliner and perhaps even the side walls.

Let's not forget the crowning jewel of Pandora's interior. Picture a cool old Polynesian frame with this bad boy in it. Happy vannin' indeed. 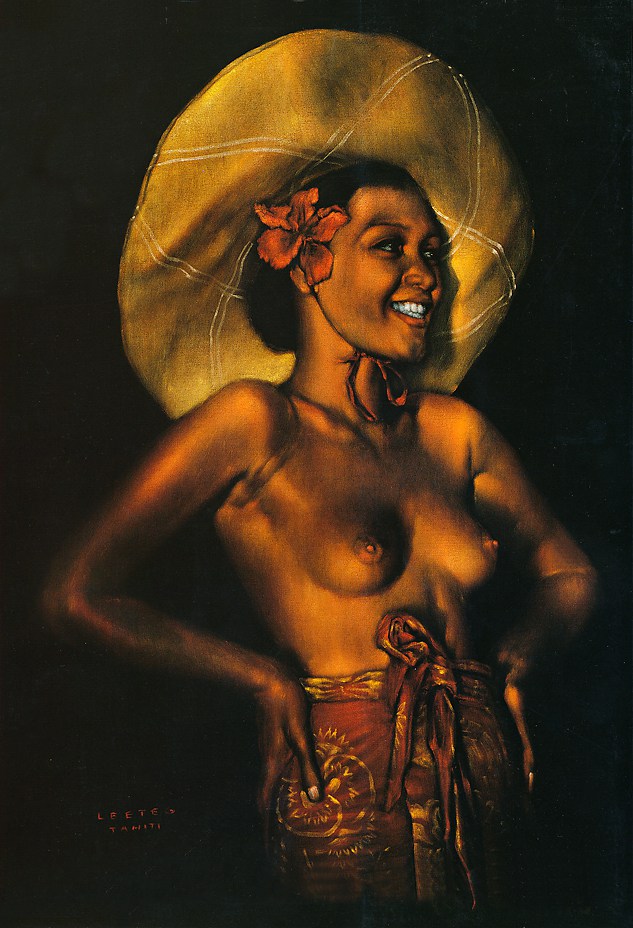 Yes, Edgar Leeteg was quite a character.  He managed to turn his painting ability into a life of boozing and high-balling and living in paradise. He took an art form that was considered lowly and beneath a true artist and made it legendary.
And while he was never completely accepted by the art establishment, he probably didn't matter a whole heck of a lot to him in the end. He led an amazing life. We'll toast to that. 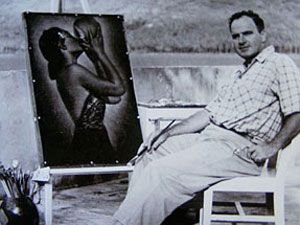 So there you have it. The plan for Pandora is locked and loaded. She's waiting patiently right behind me. Now all I need is my lottery ticket to hit. Or to sell a kidney. Or a shit-ton of Vinvanco merchandise. Maybe all three. I invite you to subscribe to this blog, follow Pandora's progress and learn all about other vanners and their builds from our reoccurring 12 Questions interviews.

Until next time, keep the boxy side up. 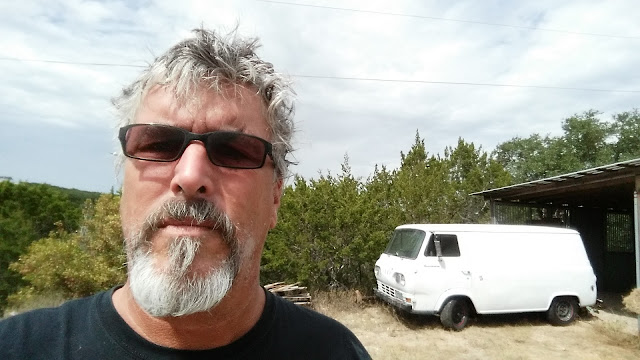